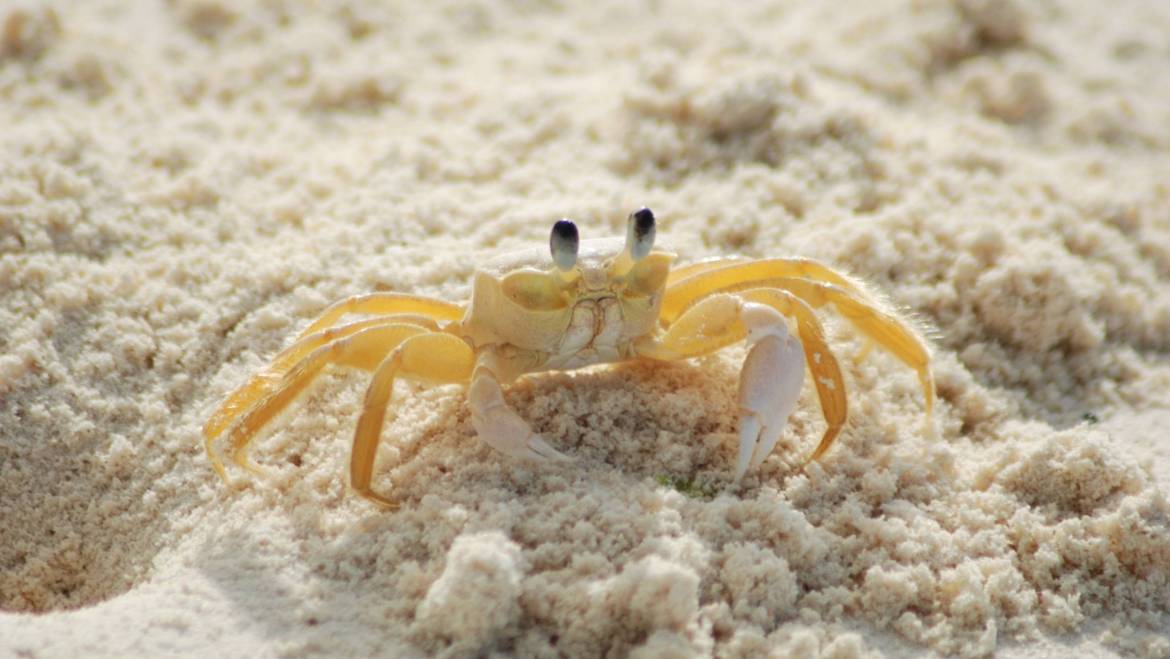 Have you ever befriended an animal or had a personal experience of recognizing animal consciousness? I have had the opportunity to connect with animals in meaningful ways and I encourage everyone to open up to this experience. I am thankful for all of the other supporters of animal consciousness in this world and happened to have the special opportunity to meet one of them on a recent journey to meet an old friend.

I went to a farmer’s market when I was visiting a friend from my childhood. By the time I got there I only had enough time to visit one vendor. One particular booth seemed to be drawing me in, giving me that funny and magical feeling of synchronicity. I walked up to this man who was sitting next to a bunch of framed photos he had taken, all of them displaying an aquatic theme. I started conversing with him and was grateful to get the opportunity to connect with this unique and friendly individual.

When I picked up each photo of wondrous marine life, he told me the story behind them. He told me he was a diver and he traveled to many places, one of his favorite expeditions occurred during his time in Belize where he connected with a new companion, a small crab with tan colored legs supported by a chalk white body and two black, smooth pebbles of vertically shaped oblong eyes. One of the pictures was a close-up photograph of this cute little crab in the sand looking straight at the camera. He told me he had spent time with the crab, and he had named him because during that time they became friends. I was pleasantly surprised to hear that he had befriended this crab because I recognized that not many adults would do this.

His interaction with his crab friend is supported by the topic of animal consciousness, an important theory that is often dismissed. I’ve had many experiences bonding with different types of animals, wild and domestic over the past few years and it has opened up my eyes to the possibility that animals are more intelligent and conscious than we give them credit. I feel that animals are sort of like humans in this way. This means that we can learn from animals if we attempt to tune into their way of being in this world. Animals are conscious like human beings, they feel and are aware. I believe it is our duties as human beings at the top of the food chain to help animals when we can.

Spend time with a new animal and just pause and observe and feel. Show them that you notice them and say hello, you never know what you can learn from them. Animals are special, and we have the mystifying opportunity to reside with them on this earth and coexist together. It seems right, that we should take the time to get to know them in a connective way rather than just seeing them as something for us to gawk at or viewing them as living beings unworthy of our respect, help, and admiration. Animals deserve to be valued and respected by human beings.

I am so appreciative of the experiences I have had with so many animal friends and look forward for more to come. I’m grateful I have been given the opportunity to tune into this world of animal consciousness, and ever since I have not been able to ignore how special animals are. So yes, I know it sounds funny to admit that I talk to animals and try to connect with them in the way that I would a human being, but it is validating that I am not alone in this endeavor, since meeting the man in the marine photography booth. I wonder who else is out there that feels this way, and who is open to experiencing the opportunity to understand animal consciousness.